One of the hottest spots in Tel Aviv is the newly restored Port in the North of the city. During the day and night there is a buzz of activity for the whole family. During the day the Namal Tel Aviv (Port of Tel Aviv) offers trendy cafes and name brand stores. At night the whole place comes alive with music pouring out of bars and dance venues.

Tel Aviv Port is a beautiful area where the sea breeze caresses your skin and the waves break against the pier. The 80 year old pier was renovated and renewed and its design resembles a huge balcony with a sea view, stores, gyms, bars and restaurants. The covered Farmers Market is filled with colorful and delicious stalls where you can buy snacks, coffee or beer and enjoy them by the water. The port also holds various outdoor events and shows.

The Port of Tel Aviv was built in the 1930s and quickly became larger and busier than the ancient port of Jaffa, in the south of the city. It was here that large ships with new immigrants from all over the world came and docked, as well as cargo ships of all sizes. As the State of Israel grew, so did the size of the boats and shipments resulting in larger harbors being built in other areas along the Israeli coast. This was great for the economy of the new state, however with sea traffic being directed away from Tel Aviv, the port was left neglected for many years. In the 1990’s the original developers of the port, Otzar Mif’alei Yam, decided to renovate the entire area into a center for leisure and relaxation.

The busiest days are Fridays and Saturdays, where thousands of people come to relax, do some shopping, have a bite to eat and allow the kids to burn some energy on the amazing playgrounds. The Port of Tel Aviv has something for everyone, you just have to get here and find out what you like best.

Visit the Port of Tel Aviv’s website for more information

Love the beach? In Tel Aviv you can walk the entire seashore from Jaffa in the south, to the Port in the north on the recently renovated promenade (commonly referred to as the Tayelet).

This large, continuous platform is a wonderful area for afternoon strolls, cycling or to just watch the ebb and flow if the tide.

Originally the promenade was built between today’s Bugrashov and Geula Beaches as a separation between areas for walking and those for bathing. During WW2 however, bathing in the sea was forbidden under British Mandate, as well as sanitary reasons resulting in most of the beaches being abandoned and left neglected. The city of Tel Aviv was developing in leaps and bounds and sewage and waste from the city was pouring into the sea. Seaside hotels, cafes and restaurants transformed into dubious bars, casinos and brothels when the leisure and entertainment center of the city moved towards Dizengoff Street.

During the 1980’s all sewage in the Dan District was directed to a treatment facility enabling the cleansing of the beaches for public use. During this time the tombolo breakwaters were constructed which expanded the beaches allowing for larger number of people to make use of the beach area. 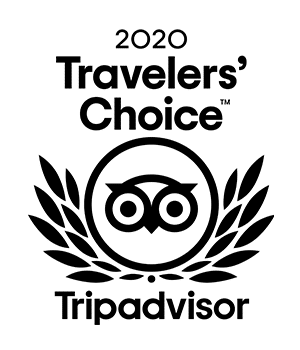